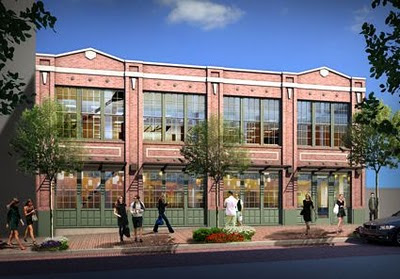 The Puget Sound Business Journal and Tech Flash have both reported that Seattle Chef Tom Douglas will be opening more than one new restaurant in the South Lake Union neighborhood on the new Amazon.com campus. The new restaurants will be in the Terry Avenue Building. Douglas hasn't said how many restaurants will be opening, but expects them to open in mid-2011.
Located on Terry Avenue North between Thomas and Harrison streets, the two-story brick Terry Avenue Building was originally built in 1915 and designated a historic landmark in 2008. Once completed, the renovated building will connect to the site's scenic outdoor public plaza and pedestrian-friendly streetscape, with outdoor seating available for customers on both floors. (Source: Tom Douglas Restaurants Press Release)

Posted by Chow Down Seattle at 4:40 PM