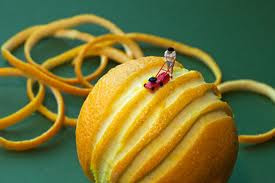 Northwest artist Christopher Boffoli combines miniature, hand-painted figurines from Germany with staged arrangements of food and beverages to create clever photographic vignettes. Inspired by an unusual combination of magazine food photography and the 18th century fable Gulliver’s Travels, Boffoli explores how inverting the proportions of people and their surroundings create unexpected points of interest. Often juxtaposing activities that would normally cause little notice with likewise ordinary food items, Boffoli instantly draws a curious eye to both. This reoccurring cultural fascination with shrinking people and then re-releasing them into their natural surrounding to create dramatically altered realities can also be found in movies like The Incredible Shrinking Woman, Honey I Shrunk the Kids and Fantastic Voyage.
Boffoli’s images portray witty, comical or sentimental gestures as the small, animated figures engaged in routine actions and interact with the comparatively mammoth displays of food. These creative scenes evoke an uncanny, albeit theatrically portrayed, likeness to the world at large.

Capturing a sense of humor found in everyday life, viewers are able to draw on personal experiences, memories or pastimes to further connect with each photograph. These quirky snapshots of people toiling in their own little worlds are revealed to be more than meets the eye.

Boffoli’s work has been shown throughout the United States, Canada and Europe. For more information, please contact Megan Des Jardins at (206) 652-5855.

Christopher Boffoli's work is currently on display at Winston Wächter Fine Art in Seattle from January 10th through February 23, 2012. The gallery is located at 203 Dexter Avenue North, Seattle, WA. 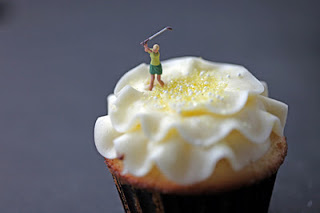 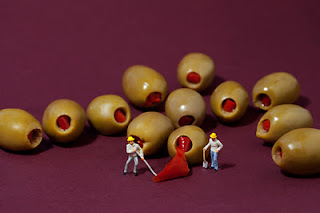 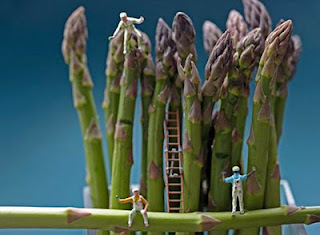 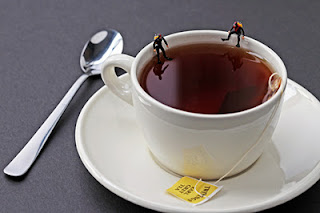 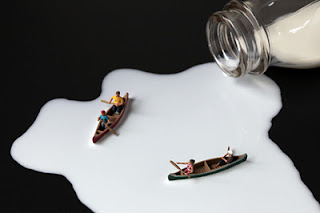 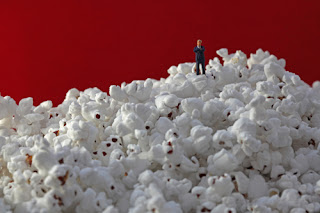 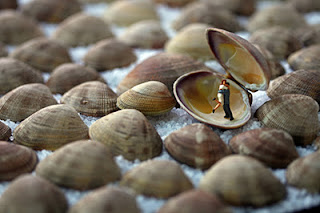