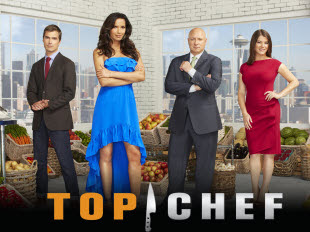 Season 10 of Top Chef has finally arrived and the chefs are headed to Seattle! The first episode aired last Wednesday. Just like last season, chefs from across the country had to compete to make the the cut to move on to Seattle. I was a bit disappointed that there are no chefs representing the great Northwest. With all of the talented chefs in Seattle and Portland, I thought for sure there would be at least a couple from one or both of the cities. That being said, the chefs that were chosen seem to be a talented group, and I'm looking forward to a great season of Top Chef!

Here are some good recaps of the first episode of Top Chef Seattle:

Top Chef Seattle: Episode One (Not Yet in Seattle) - Eater Seattle