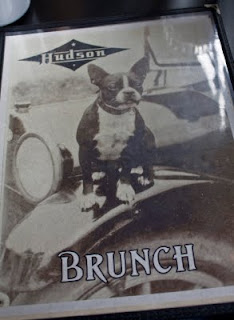 Just south of downtown Seattle is an often overlooked neighborhood called Georgetown. This neighborhood has a lot of cool and unique bars and restaurants. One of these cool places is Hudson, a restaurant right off of Highway 99 (East Marginal Way). Hudson is from the owners of Smarty Pants, another restaurant in the heart of Georgetown. My friends and I were traveling to Portland, and we decided to stop in to Hudson for some breakfast. 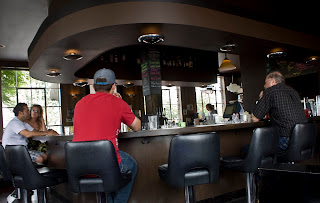 Hudson is not a large restaurant, but they do have a cool horseshoe-shaped counter giving the place the traditional diner feeling.  The space is very bright with huge windows with booths and tables located around the diner counter. The building itself is a renovated brick building. 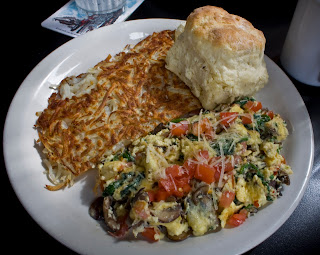 I ordered the Federal Scramble. It is made with three eggs, button mushrooms, tomatoes, spinach and parmesan cheese. The scramble is served with hash browns, and your choice of bread, muffin or biscuit. I went with the biscuit. The scramble was delicious. It had an over abundance of mushrooms, tomatoes and spinach. I wish it had a bit more parmesan cheese, as I love cheese. So next time, I will ask for extra cheese. Still, the scramble was very tasty! The hash browns were cooked perfectly golden brown, and the biscuit was delicious with a huge slab of butter. 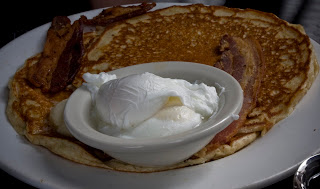 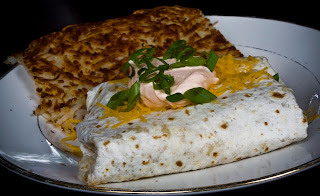 My friend Shay ordered the Breakfast Tacos. The two tacos were made with scrambled eggs, seasoned sausage, cheddar cheese, pico de gallo and spicy sour cream. The tacos came with hash browns. I had a taste of the breakfast tacos, and they were pretty good. The sour cream is definitely spicy. All three of us enjoyed our meals, and were happy that we came upon Hudson. Our server was very friendly, and so were all the other servers there. We will definitely be back.

Hudson is open seven days a week. They offer breakfast, lunch and dinner. Sunday Brunch is served until 3 p.m. Happy Hour is 4-6 p.m. and 10 p.m. to midnight.