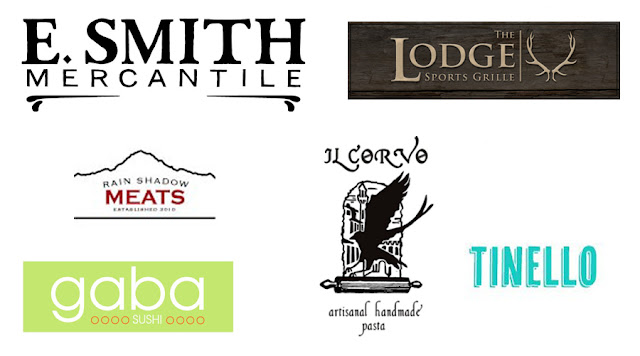 It looks like 2013 is the year that the Pioneer Square neighborhood is brought back to life. There has been a lot of buzz about some of Seattle's well-known chefs and restaurant owners who are looking revitalize Pioneer Square by opening new stores, restaurants and cafes.

E. Smith Mercantile - Owner Jessie Poole plans to open E. Smith Mercantile in the former Wessel & Liberman Booksellers location. The opening date is set for early April 2013. Poole's concept for the Mercantile is based off of a mercantile from her Grandfather's home town in Idaho. The front of the shop will be the mercantile that offers home goods, apparel, gift items and antiques. The back of the shop will be a small, craft cocktail bar. The bar will serve top-shelf booze, and Jessie will be making her own bitters for the cocktails. The bar will also serve small plates.

The Lodge Sports Grille - The Lodge currently has two locations. One in Kirkland and the other in Mukilteo. Their newest location will be located at 166 S. King Street, just north of CenturyLink Stadium. The Lodge features 56 beers on tap, and they have HD TV's to catch the game. I'm sure this will be a popular spot for Mariners, Seahawks and Sounders fans before and after each game.

Il Corvo - Italian for "the crow", Il Corvo moved from its original location on the Pike Place Market Hill Climb to its new location at 217 James Street. The new location opened in January, and it has extended its hours from its previous location; M-F 11am-5pm. Chef and owner Mike Easton will still serve his popular homemade pasta.

Gaba Sushi - The first sushi restaurant in Pioneer Square, and the first in Seattle to use GABA rice, opened its doors back in December. Located at 220 First Avenue South, Gaba Sushi is open weekdays from 11am-3pm. GABA rice is a sprouted brown rice rich in amion acids.

Tinello - Rudy LaValle and David Hahne team up to create Tinello. Tinello means "a dinette, or a small, casual eating spot with an open kitchen." The Italian restaurant is set to open sometime in mid-February. It is located at 314 Second Avenue South, near King Street Station. The menu will focus, of course, on lots of pasta, and it will feature Mediterranean and southern Italian cuisine.

Bar Sajor - Chef Matt Dillon, owner of Sitka and Spruce and The Corson Building, is opening Bar Sajor on Occidental Avenue in Pioneer Square. Chef Edouardo Jordan, from Sitka and Spruce, will be in charge of the kitchen. The kitchen itself will not have a stove. WHAT?! Yes, the stove-less kitchen, Dillon says, will have a wood-fired oven, and a fireplace with a rotisserie. The bar will serve cured fish, rotisserie chicken and vegetables.

London Plane - Chef Matt Dillon teams up with Marigold and Mint owner, Katherine Anderson, to open London Plane. Dillon's second project in Pioneer Square will be located in the old Bank of America space. London Plane will be a bakery that will supply Dillon's restaurants, as well as be open to the public with a retail space for baked goods and a cafe.

Indigene - Katherine Anderson's seconed project in Pioneer Square will be Indigene, which will house a retail space, bookstore and meeting space.

South Lake Union saw a huge surge in new restaurants and cafes, due to Amazon.com moving its headquarters to the neighborhood. It sounds as if these chefs and business owners hope to have the same neighborhood revitalization success in Pioneer Square.
Posted by Chow Down Seattle at 4:13 PM

I stumbled upon this site through search engine and I have been reading along all the blogs posted. They are very well written indeed. Thanks.