Last Saturday the grills were on fire with the Macy's Great American Grilling Guru Competition! Three West Coast Regional Contestants faced-off in the Semi-Finals for a chance to win a trip to New York City for the Sizzle Showdown Finals on June 28th.

The weather couldn't have been any better for the grilling competition. Macy's put on a great event that included a County Fair themed fairway with fun and games for the entire family. The main event was the Grilling Guru Competition. The event started at 1:00pm and it was hosted by Seth Wayne of KOMO 4 TV.


The event was judged by Seattle's own Chef Tom Douglas! Tom is a member of Macy's Culinary Council that is a national culinary authority comprising some of the nation's leading culinary masters. The three grilling contestants had one hour to prepare their food.

As the contestants were grilling up their food, Chef Tom Douglas interviewed them to learn more about the food they were preparing. Margee Berry from White Salmon, Washington grilled up some Smokin' Hot Summer Wood Planked Shrimp Tacos with Seared Slaw.


Jack Scalfani of Anaheim, California grilled up some Beef Short Ribs, which is a recipe from his late Mother. 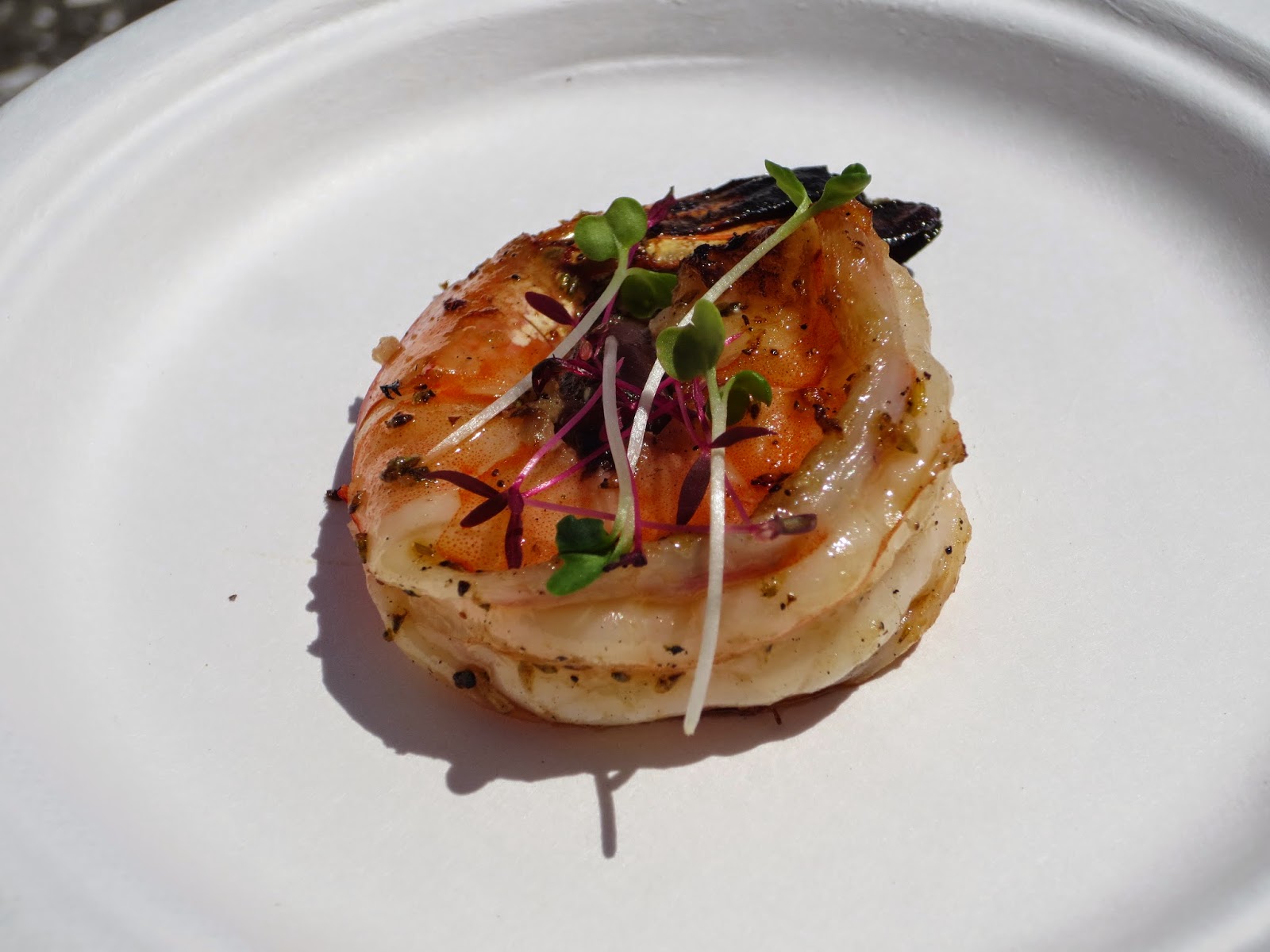 As the contestants were grilling away, Tom Douglas and his crew prepared some samples for the crowd. First was was a huge, delicious prawn with an olive in the middle. It was perfection! The second sample Tom Douglas prepared for the audience was a beautifully decorated slice of salmon with a slice of lemon. Seriously some of the best salmon I have tasted! 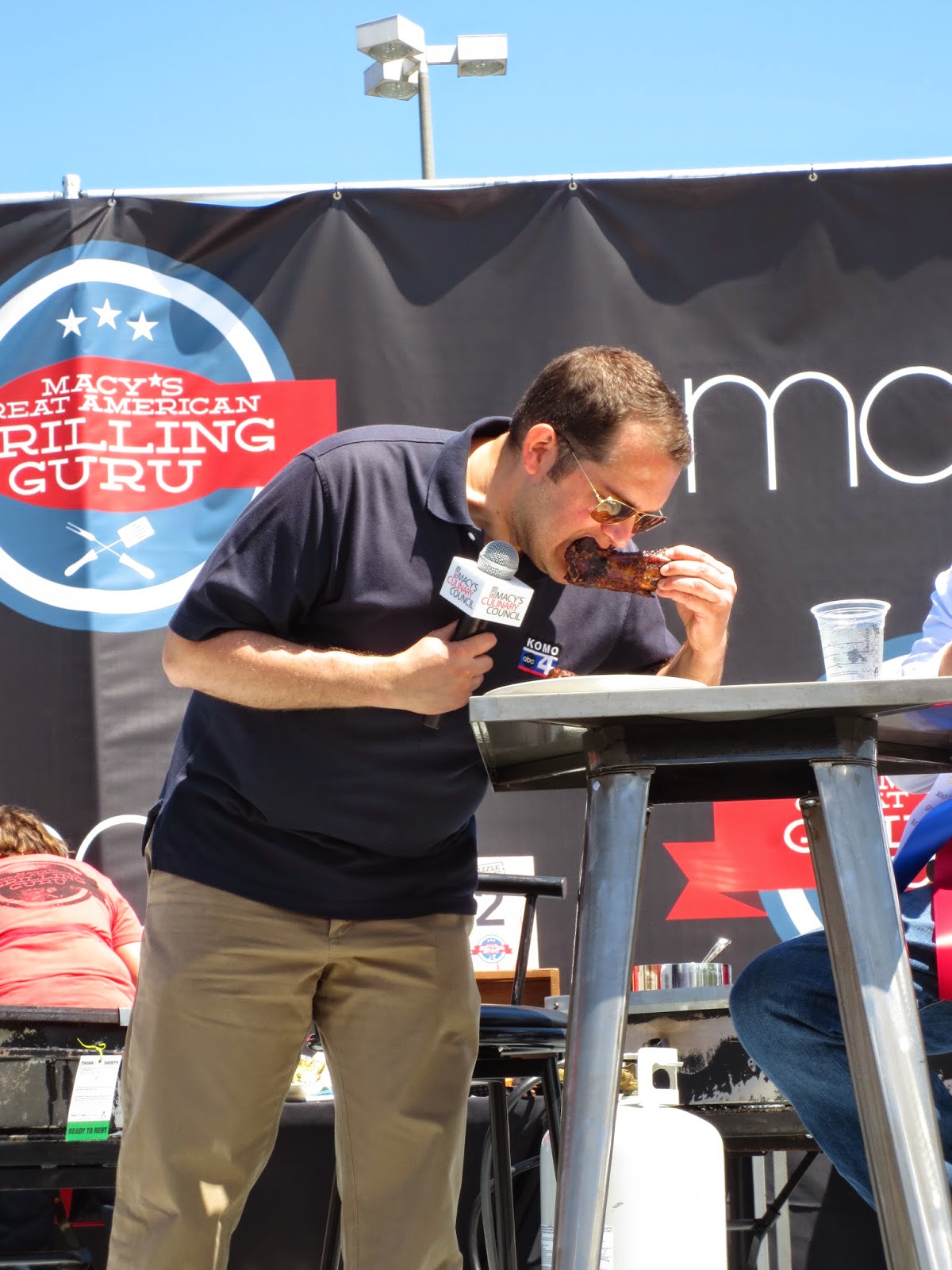 Next was the taste test of each contestants grilled creations. Seth Wayne helped Chef Tom Douglas sample some of Jack's Beef Short Ribs. 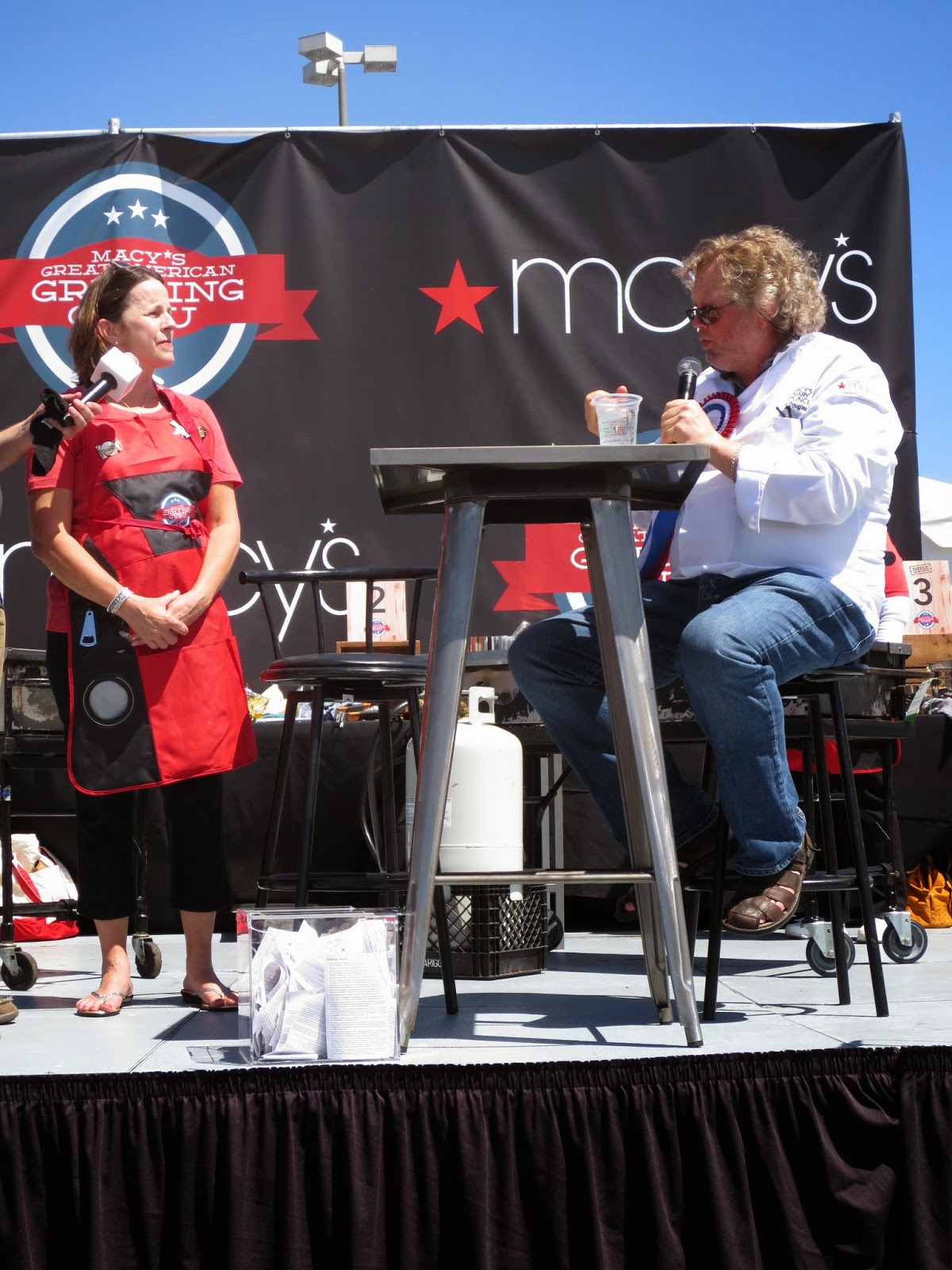 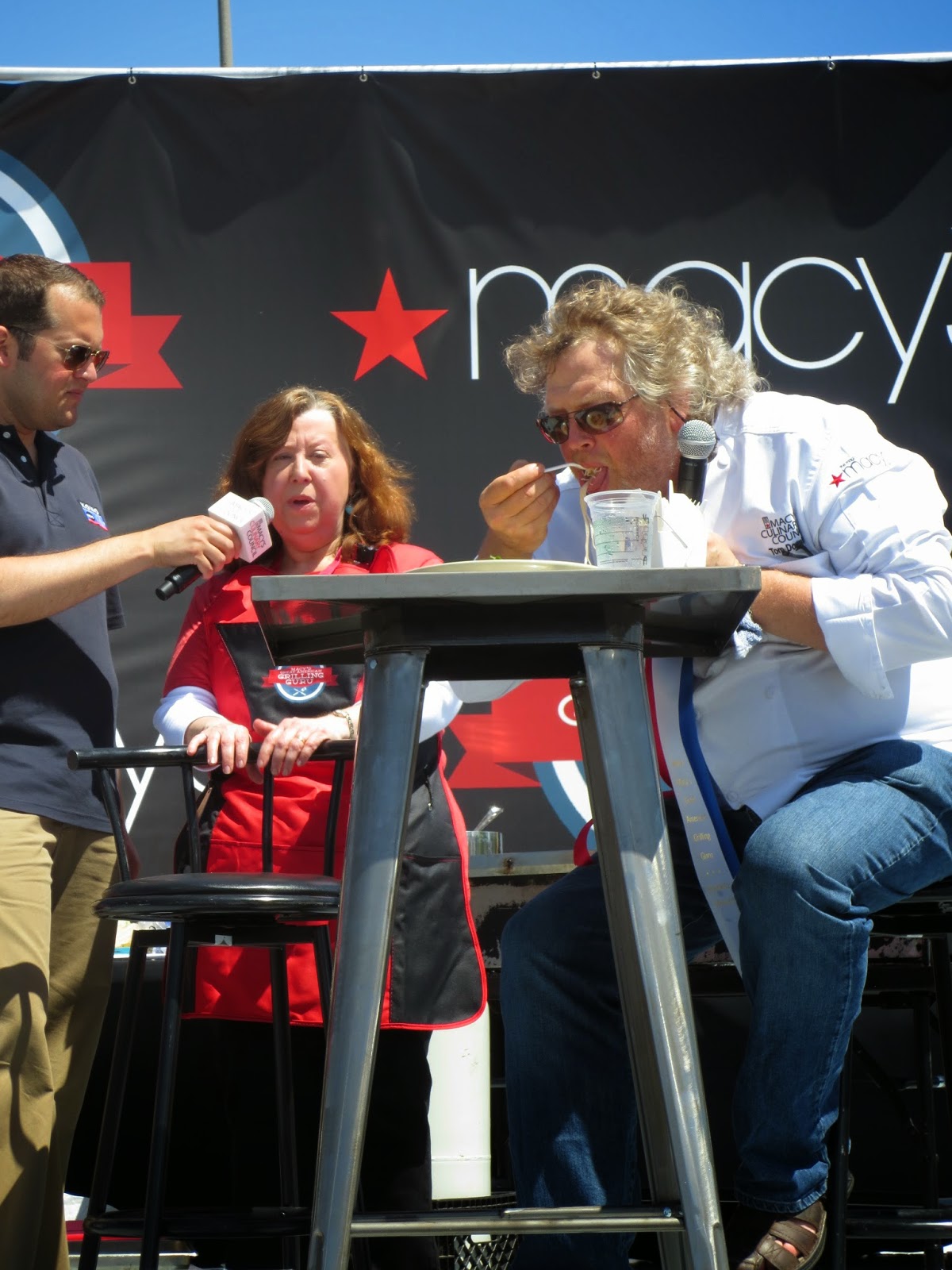 Chef Tom Douglas samples Edwina's Grilled Sweet Chili Salmon Noodle Salad. After sampling all three of the contestants food, Chef Douglas had the difficult decision of choosing a winner. In 3rd Place was Margee Berry's Shrimp Tacos. 2nd Place went to Jack Scalfani with his Beef Short Ribs. Leaving 1st Place for Edwina Gadsby!! She won the ribbon for her Grilled Sweet Chili Salmon Noodle Salad. Edwina will be heading to New York City on June 28th to compete with the other five regional winners. The grand prize winner of the Grilling Guru Sizzle Showdown will receive $10,000 and a trip back to New York City in 2015 for the Macy's 4th of July Fireworks Celebration! Good luck, Edwina! I hope you bring home the grand prize!

Jack is a You Tube celebrity and has his very own cooking show! Check out his You Tube Channel!


I am a member of the Everywhere Society and Everywhere has provided me with compensation for this post about Macy’s Culinary Council. However, all thoughts and opinions expressed herein are my own.
Posted by Chow Down Seattle at 9:31 PM

I am leaving a comment so I get an e-mail notifying me of your posts.

The sites you have referred was good. myxer Facejjang router keygen